A Mayoral Statement on the Carle Foundation Tax Exemption Trial 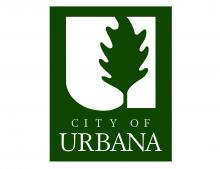 The following is a statement from the office of the Urbana Mayor Diane Wolfe Marlin:

"The City of Urbana is disappointed in the ruling. We have long contended that Carle Foundation Hospital should support the health of the community in which it is located by paying its fair share of costs for public safety, infrastructure, schools, parks, and other core services. We believe that the cost of medical charity care for a service region of 1.4 million people should not be borne by taxpayers in one small city of 42,500 people.

We also recognize the critical role that Carle plays as the second largest employer in our region as well as the value of its services and programs throughout the community. We appreciate the many Carle employees who have chosen to live in Urbana and celebrate their contributions to our vibrant character and quality of life.

In a general sense, this court case is at the intersection of an antiquated tax code and a broken health care system. Those issues demand legislative action at the state and federal levels.

With regard to this case, I want to assure the public that while we had hoped for the best, we prepared for the worst. The disputed property tax payments made by Carle have been kept in a separate account awaiting the outcome of this lawsuit. Regardless of what the City is required to refund, it will not affect the City’s property tax rate or current programs and services. Over the past three years, we also have focused on building resiliency in our local economy and have taken many steps to strengthen the City’s financial health.

We are grateful to have prevailed on two counts in this lawsuit. If we had not, the judgment against us would have been significantly larger. Over the next few weeks, the City will consider our options going forward. As always, we will work for the long-term health and well-being of our community."