Residents of Urbana will have an opportunity to view exhibits and plans of the UC2B Urbana Broadband project at an informal public open house to be held in the Multi-Purpose Room at Martin Luther King, Jr. Elementary School, 1108 West Fairview Avenue, Urbana, Illinois on Wednesday, August 31, 2011 from 4:00 p.m. to 7:00 p.m.

Participants are asked to park in the north parking lot off Goodwin Avenue and enter through the doors on the northwest side of the building.

For more information, contact Beth Reinke at 217.384.2385 or bcreinke@urbanaillinois.us.

On Friday, February 11th at 11 a.m. the City of Urbana held a reading of Abraham Lincoln's 1861 "Farewell Address" as part of a nationwide observance of the anniversary of the Civil War. The reading was part of an attempt to beat the existing Guinness World Record of 223, 363 participants for most simultaneous readings from the same document. At Urbana's event, Mayor Laurel Lunt Prussing led 54 participants in the reading.

The City of Urbana is seeking applicants with an interest and expertise in bicycling and walking issues to serve a 3 year term on the Bicycle and Pedestrian Advisory Commission (BPAC). 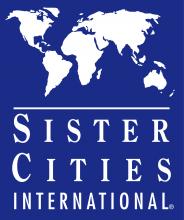 URBANA—Sister Cities International has awarded a two-year, $115,000 grant to the city of Urbana, Illinois to perform projects that address sanitation, health, and water issues in urban areas of Africa. This project is funded by a $7.5 million grant from the Bill & Melinda Gates Foundation.

“This Sister Cities International program represents a major effort to address fundamental needs of citizens of urban areas in Africa," said Patrick Madden, President and CEO, Sister Cities International. "These sister cities represent some of the strongest partnerships between the U.S. and Africa and will become the measure of how cities can help each other and leave an enduring legacy in tangible ways."