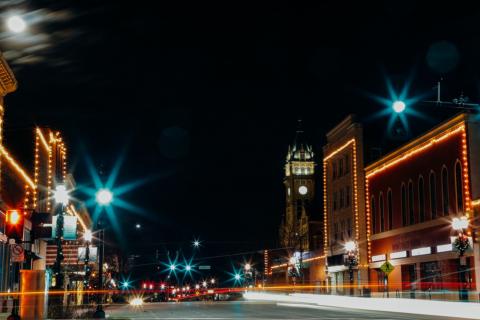 Biographies of each candidates are provided below.

The City of Urbana will conduct in-person interviews on March 19 and 20, 2018. The on-site selection process is designed to provide an opportunity for a broad cross-section of City staff, officials, and citizens to learn more about each candidate, as well as provide the finalists with an in-depth introduction to our community. Urbana Mayor Diane Marlin said that the finalists were selected from an outstanding field of sixty-eight candidates from across the country.

“Over the past several months, these finalists have participated in a rigorous and extensive process that assessed their professional backgrounds, qualifications, and cultural fit. Based on their performance in that process, we believe that each finalist offers a unique combination of experience, competence, and commitment key to building a firm foundation for Urbana’s future. The on-site interviews and public forum will give us a first-hand preview of each finalist’s approach to building relationships with staff and within our community,” Marlin said.

The City of Urbana will hold a candidates’ forum for the City Administrator finalists on Tuesday, March 20 at 6:00 p.m. at the ILEAS Training Center, located at 1701 East Main Street in Urbana. Members of the Urbana community are strongly encouraged to attend and participate. The meeting will also be broadcast on UPTV (Comcast Channel 6) and available on the City’s website.

Please refer all questions regarding the City Administrator recruitment and interview process to Human Resources Director Todd Rent at (217) 384-2451.