Why We Conduct a Census 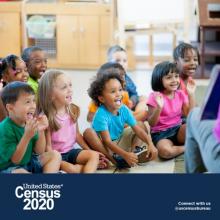 Why We Conduct a Census

A census aims to count the entire population of a country, and at the location where each person usually lives. The census asks questions of people in homes and group living situations, including how many people live or stay in each home, and the sex, age and race of each person. The goal is to count everyone once, only once, and in the right place.

How the Census Benefits Your Community

Federal funds, grants and support to states, counties and communities are based on population totals and breakdowns by sex, age, race and other factors. Your community benefits the most when the census counts everyone. When you respond to the census, you help your community gets its fair share of the more than $675 billion per year in federal funds spent on schools, hospitals, roads, public works and other vital programs. Businesses use census data to decide where to build factories, offices and stores, and this creates jobs. Developers use the census to build new homes and revitalize old neighborhoods. Local governments use the census for public safety and emergency preparedness. Residents use the census to support community initiatives involving legislation, quality-of-life and consumer advocacy.