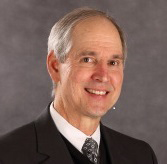 Mayor Diane Marlin announced that William Gray, P.E., will retire as Urbana Public Works Director after 26 years of service to the community. His last day in the office will be October 26 and he will officially retire on October 31, 2018. A celebration of his career is being planned for late October.

“We are grateful for Bill Gray’s tremendous contributions to our community and beyond,” Marlin said. “We will greatly miss his steady hand and unmatched institutional knowledge and expertise. Under his leadership, the City of Urbana has distinguished itself as a leader in sustainability, infrastructure, multi-modal transportation design, operations, urban forestry, and intergovernmental cooperation. We wish Bill and Kathy Gray the very best.”

Mayor Marlin also announced that City Administrator Carol Mitten will serve a dual role as Interim Public Works Director while a nationwide search is conducted to fill the vacancy.

“Carol’s background naturally lends itself to guiding the Public Works Department as we move forward with filling this key position,” Marlin noted.

Before being named City Administrator for Urbana, Mitten served as Deputy County Manager for Arlington County, Virginia, where her job duties included oversight of the Department of Environmental Services. With a $97 million annual budget and 400 employees, this department was responsible for building and maintaining the physical infrastructure of the County, which served a population of over 230,000 residents. She also served as Director of the Office of Property Management for the District of Columbia, where she oversaw 250 employees within five major divisions, including facilities management, capital construction, and facilities operations and maintenance.

Although Mitten’s time will be shared between the Public Works Department and the City Building, she will continue to fulfill her duties as City Administrator and will remain available to all City employees.

Mayor Marlin noted that the City’s leadership team has identified a search firm with a reputation for sourcing highly qualified and diverse candidates, and an aggressive recruiting timeline is expected. Updates on the recruitment process will be posted on the City’s website.