Customers should know that anyone currently participating in the aggregation programs for Champaign County, City of Urbana, and Village of Mahomet which expire in December do not need to do anything in order to continue to receive the benefits of municipal aggregation including reliable, stable, and cost-effective rates.

Municipal Electric Aggregation customers in Central Illinois have received confusing communications suggesting that they must soon make a choice to change their electric supplier.

This is not accurate.  These municipalities have already competitively selected an electric supplier, Energy Harbor, starting in February 2023.  An Opt-out letter for the new program will be sent out in the next few weeks.

Electric customers in Central Illinois participate in a municipal aggregation program like hundreds of other communities in Illinois in order to secure reliable, stable and cost-effective electricity rates for homes and small businesses.

In December, the supplier contract with Homefield Energy for the municipal aggregation communities expires.  Ameren Illinois sent a letter to customers with the heading “ELECTRIC SUPPLIER CHOICE EXPIRING” stating that they need to choose a new electricity supplier within two months.

The statement is confusing, since a new supplier for these communities has already been chosen for all customers currently participating in the municipal aggregation program. Energy Harbor starts providing power in February 2023.

For two billing cycles, until February 2023, all customers will be returned to the Ameren Illinois regulated supply. In February, customers will be re-enrolled into the respective communities’ municipal aggregation program and be assured of reliable, stable and cost-effective electricity rates.

In mid-December, customers will receive an opt-out letter from the new electricity supplier, Energy Harbor, describing their services, terms, and rates as compared to Ameren’s current rate of $0.12236 per kWh. 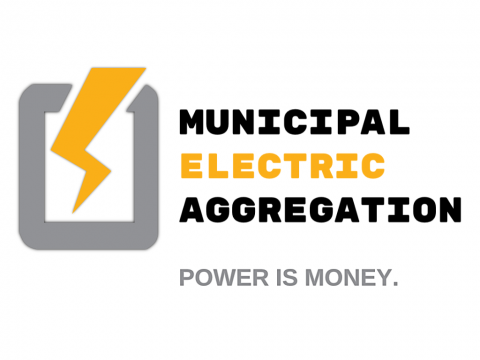 Then, in January, Ameren Illinois will send a letter to customers confirming their supplier choice. It is very unlikely that a customer will get a better rate than the aggregation rate. Other suppliers may have hidden fees, costs, and pass-through charges that increase their final rate.

At this time of sharply rising energy costs and turmoil in the markets, aggregation customers enjoy stable, reliable and cost-effective rates by participating in the municipal aggregation program. Now, more than ever, this program provides important benefits for our communities, customers, and families.

Those residents currently not participating in the program may opt-in to the program beginning in February 2023.