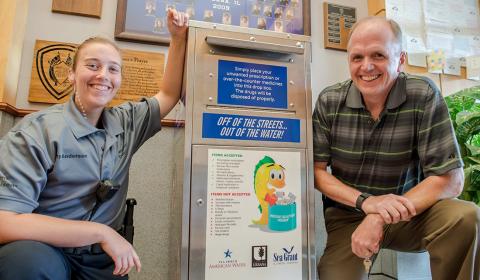 Too much of a good thing wore out the old medicine take-back box at the Urbana Police Department, so it recently received an upgrade.

“People come in here all the time and fill this thing up,” said Lieutenant Robert Fitzgerald. “The old one would fill up twice a week. It would just get packed.” 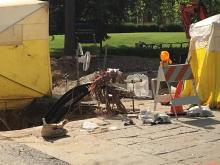 The Urbana Police Department continues to reach out and provide help to residents.  On a recent episode of Cops Corner Investigator Duane Smith provided information on solicited fraud and how potential victims can protect themselves.  The interview can be viewed every Saturday morning at 8:30AM on Urbana Public Television (UPTV) or on-demand via UPTV's YouTube channel.  Cops Corner is hosted by Community Relations Specialist Preston James and produced by UPTV staff. 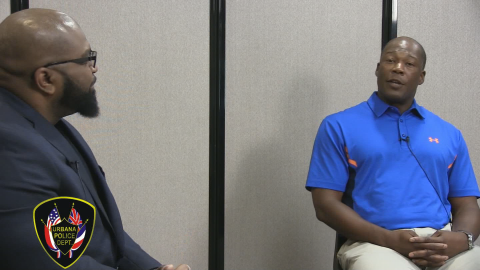